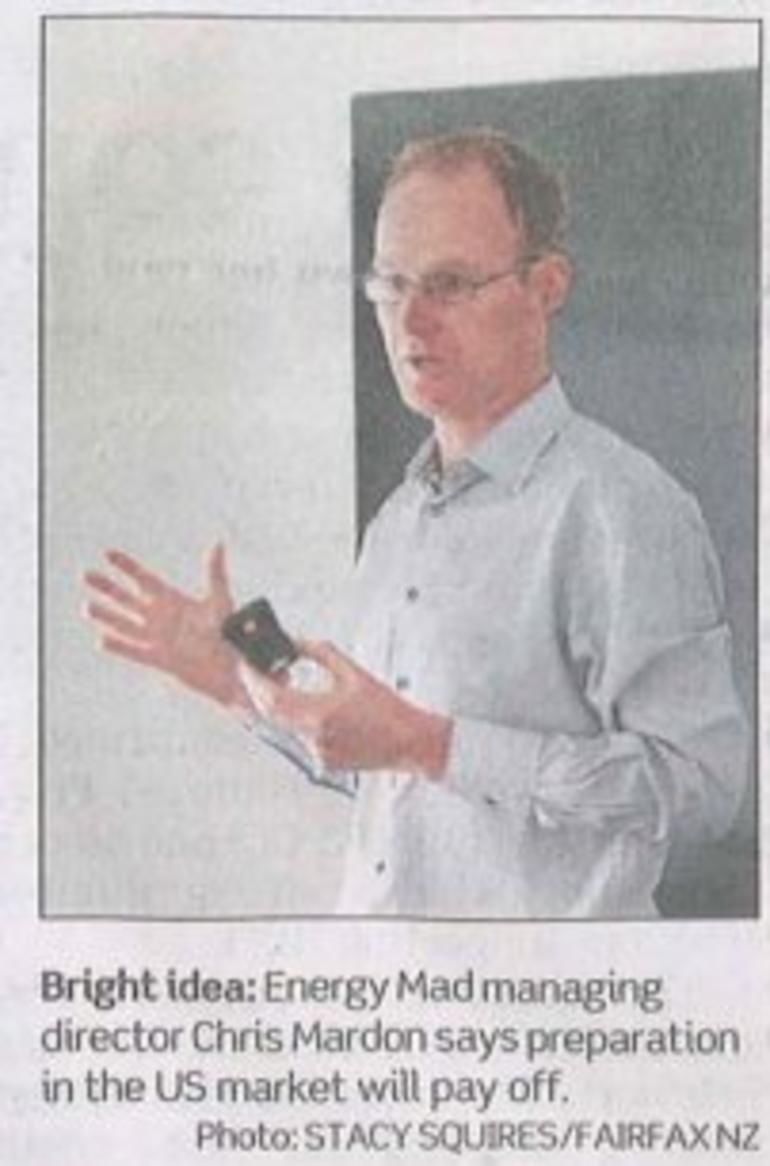 Energy-efficient lightbulb maker Energy Mad has secured $1 million in funding for projects in the United States which is helping it slash shelf prices of its bulbs in that market, without cutting into its margins.

The funding comes from US electricity utilities, which by law have to exhaust all cost-effective energy-efficient measures before being allowed to build new power plants.

Energy Mad managing director Chris Mardon said there was approximately a quarter of a billion dollars in funding available from utilities in the US for efficient lightbulb projects.

That $1 million the Christchurch company has secured is now being applied to the prices of its lightbulbs in 1100 of pharmacy giant Walgreens' stores. For example in one part of Baltimore, three-bulb packs were now being sold for $1.99 instead of $11, Mardon said.

That discounted pricing will stay in place for the remainder of 2013.

Energy Mad said in a trading update to the market yesterday that it was continuing to rein in costs while focusing on growing sales in the United States, New Zealand and Australia.

Chief executive Paul Ravlich plans to shave $900,000 in costs in the 2014 financial year, particularly from the company's direct installation business.

Mardon is tasked with increasing sales, particularly sales of the company's new 12V Ecobulb in Australia and lightbulb sales through US pharmacy giant Walgreens.

The company reported strong sales of its spiral Ecobulbs in Australia for the first two months of the year.

Sales were being boosted by an energy efficiency scheme that started this year in the Australian Capital Territories.

Meanwhile in New Zealand the company continues to reduce costs in its direct installation business, which sells and installs Ecobulb downlights with associated insulation in homes, and plans to scale up that business.

Mardon said sales of the 12V Ecobulb in its direct installation business in New Zealand had been pleasing, especially as it was a premium product.

Based on initial sales, annualised sales amounted to about $1.2 million, the company said.

Last month Energy Mad announced it was expecting to make a $1.1m loss for the 2013 financial year, because of delays in securing a further large United States order before the end of the financial year.

However revenue for the year would be a 58 per cent increase on the previous year.

Displays in Walgreens stores were critical and the company would have those in place in the 1100 utility-funded stores over the next two months and was working with Walgreens to install more.

Energy Mad's previous experience in the US market had shown displays in Duane Reed stores triggered a 30-fold increase in bulb sales, just by putting displays in place rather than simply selling the product on the shelf.

Spiral bulb sales in Australia was the most profitable part of the business at this stage but the most growth is expected to come from sales of the 12V Ecobulb, and in time, sales in the US.